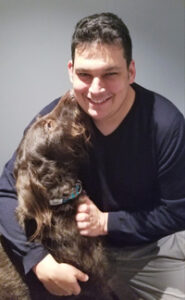 Alex is the Head of Global Public Relations at VMware, a worldwide leader in software that powers the world’s complex digital infrastructure. Headquartered in Palo Alto, California, VMware’s portfolio provides a dynamic and efficient digital foundation to customers globally. Alex and his team are responsible for leading the outward PR strategies, plans that promote key initiatives, help positively influence the company’s reputation and drive revenue of $11 billion. Previously, Alex has worked in media and technology communications roles at 20th Century Fox, Cisco, IBM, NetApp, and the White House.

In his volunteer time, Alex serves on the board of Friends of San Francisco Animal Care and Control due to his passion for dogs, in memory of his beloved pit bull Max and because of his love for San Francisco. He has also served on boards for Birthright Israel, Jewish Community Federation as a Federation Fellow, Pride Fund and University of California, Los Angeles. Alex lives in San Francisco with his chocolate labradoodle Morris and his husband Danny.