All animals you adopt from SFACC receive the following: 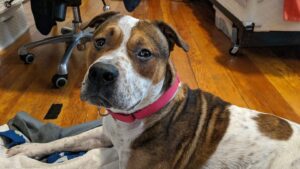 Freckle-face cutie Scrappy. Foster update: “He seems really comfortable living here, and has come out of his shell… He absolutely loves getting attention and being around people, even if it’s just me sitting next to him (he makes sure at least part of him is touching me) while I work. He seems more interested in people and dogs than objects/environments, and would rather have a good cuddle session than go for a run. But we still have a lot of fun playing fetch indoors. He’s a wonderful walker (in ideal conditions), and generally quite attentive to me which makes it easier to train him. He’s such a sweet boy and I feel so lucky to be able to look after him during this time!” 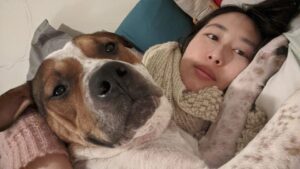 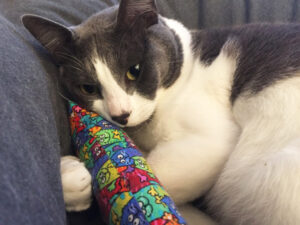 Playful gent Shakespeare is looking for love! His foster says: Shakespeare is a fun-loving and affectionate guy! He has a lot of playful energy and is capable of some high-level gymnastics when he is motivated to catch his toy. He loves to curl up next to his foster for affection and love, which really gets his purr motor going. He enjoys scratching posts and interactive wand play as well as independent game playing with pom poms and mouse-shaped toys. By day, this clever 3 year old cat prefers to be busy and active. By night, this little sweetheart prefers to sleep in his foster’s bed.
Shakespeare can get overstimulated, so he’ll do best with an experienced adopter ready to play, play, play, in an adult only home. Per his previous owner, he’s not a fan of dogs. Shakespeare is FIV+ but is still positively adoptable! 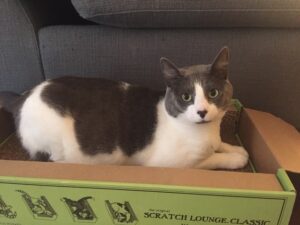 Adoption Specials: Adopt one kitten or cat and get the second one for 50% off.  See all of our cats and kittens on SFACC’s website!

Double the love. Adopt a pair of cats/kittens

They’ll give each other exercise and company when you’re not home, and give you twice the entertainment, love, and purrs. There’s not much added cost to having a second kitty.

Adopt one cat or kitten and get the second one for 50% off! 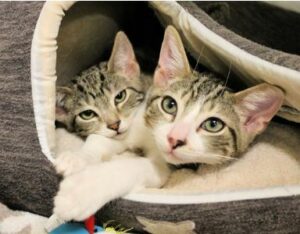 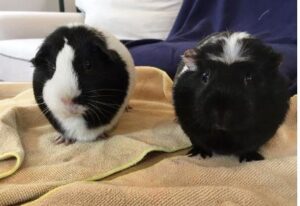 Our foster says: This bonded pair are both sweet, inquisitive, and shy but enjoy they enjoy a nice lap sit. They love to sing, especially when they know that snack time is coming. A larger pen would be best for them as Shadow can be a bit bossy with Oreo in a smaller area.