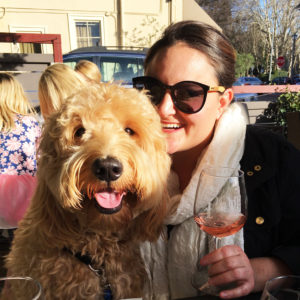 “The greatness of a nation can be judged by the way its animals are treated.” ~Mahatma Gandhi

Remy grew up blessed to have animals in her life–dogs, cats, lizards, fish, the hamster she acquired in secret and cared for over the course of a week before her parents found out–and as a youngster, prepared for a career in marine biology. It was an unfortunate realization that math and science played such a critical role in this career path, so instead, she prepared for a career in the law. In 2015, Remy adopted a wonderful puppy and met an SFACC staff member who introduced her to the extraordinary things SFACC accomplishes while vying for highly competitive and limited city funds. Immediately, she knew she had to be involved with fundraising for this incredible facility.

Remy graduated magna cum laude with a B.A. from American University in 2004, received her J.D. in 2007 from The Catholic University of America, both in Washington, D.C., and clerked for the Honorable Brook Hedge in the District of Columbia Superior Court from 2007-2009. Since 2009, she has served as Litigation Counsel for a federal agency in both Washington, DC and San Francisco. In her free time, Remy loves spending time outdoors with her dog, Walter, taking advantage of the incredible food and wine/beer scene in SF, dabbling in ceramics, and revisiting her roots as a nationally competitive figure skater by frequenting local ice rinks for a good workout.