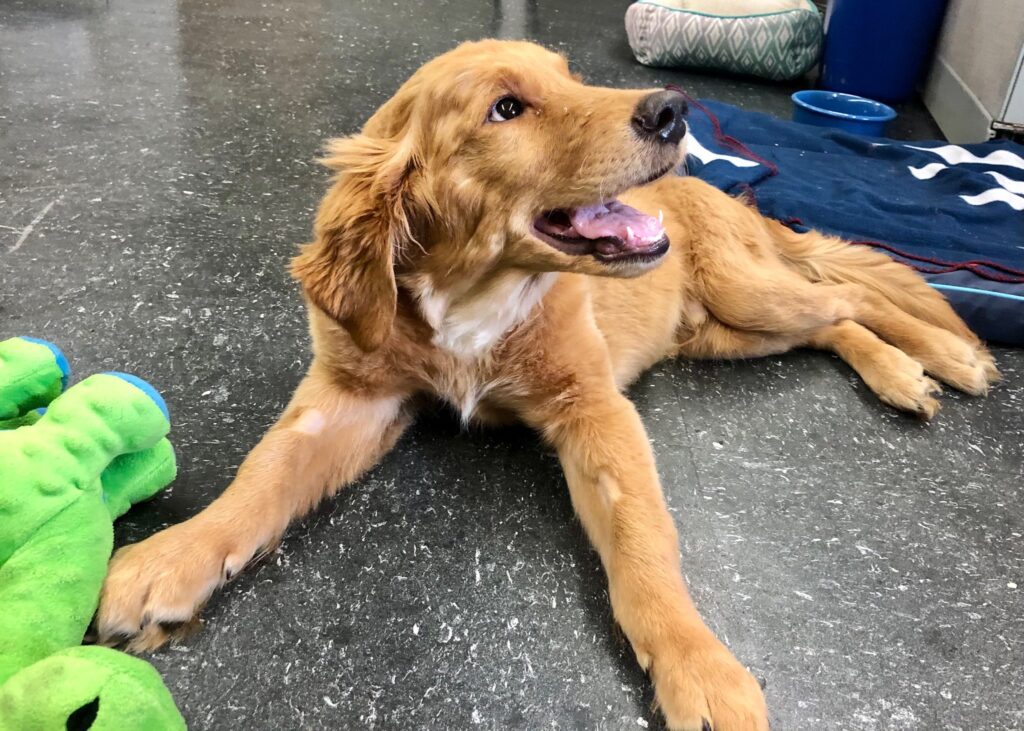 Remember the Brian Cook case involving Charlie, the sweet Golden Retriever puppy? In January 2022, Cook was charged and pleaded guilty to animal cruelty and neglect, a misdemeanor. The word got out (including a great TikTok video!) and reached the University of San Francisco School of Law. Matthew Liebman, Associate Professor and Chair of the Justice for Animals Program invited former Assistant District Attorney Paige Zielinsky (who prosecuted the case and has since left the DA’s office) and me to speak to his law students and give them an inside glimpse into how SFACC’s Animal Control Officers (ACOs) investigate crimes-against-animals cases and then present the cases to the District Attorney’s office.

Professor Liebman specializes in animal law and was teaching a seminar about whether animals are entitled to justice and how such an entitlement intersects with human social justice struggles. Paige and I were invited to speak to the students in late March on a day when they were exploring the relationship between animals and the criminal justice system, and discussing how restorative justice principles might be applied in animal cruelty cases. He specifically asked us to share how the Cook case was investigated and prosecuted.

Paige and I put together a Power Point presentation and I spoke first, describing the work we do at SFACC and in Field Services, and then explaining how we investigated the case and created a case file to bring to the DA’s office. I talked about the challenges of this case (for example, we found no direct evidence, just piles of circumstantial evidence), Cook’s demeanor as the investigation progressed, and how this case differed from the other cases I’ve handled. For example, Cook was consistently taking his injured puppy to the veterinarian and paying for all of the recommended treatments. This was unusual because one of the most common violations we see when we respond to and investigate cases of abuse or neglect is that the animal (usually a puppy or adult dog) is suffering from a medical condition such as Parvo, a severe skin condition, a broken leg, or is emaciated, and is NOT taken to a veterinarian. Also unusual was the fact that Cook was consistently cooperative and polite (later this absence of emotion and his odd detachment was creepy and weird, but the lack of hostility was initially surprising).

After my chronological summary of the investigation, Paige talked about the post-investigation criminal prosecution. Her topics included charging, discovery, arraignment and plea, offer and negotiations, diversion (Diversion is when the case is diverted out of the court system and into Neighborhood Courts, which doesn’t offer a “no animal” condition and is often dismissed with no record—we didn’t want that to happen for this case), and the case disposition.

We could have talked longer, there was so much to this case, and not enough time for a Q&A. Paige and I communicated afterwards and agreed that we made a great team and really enjoyed working together on the case. And, even though she is no longer with the DA’s office, she will assist us in any way she can in the future.

Later, Matthew said that he and the students learned a lot. It was rewarding to talk to such a perfect audience—young people who are interested in seeking justice for animals through the law. I was very happy to connect with Matthew, who is as committed as I am to helping all animals, and we plan on talking again in the future about our work. 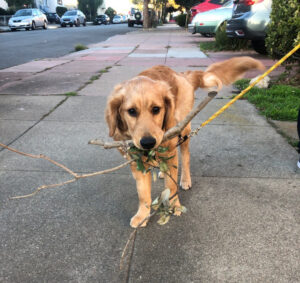