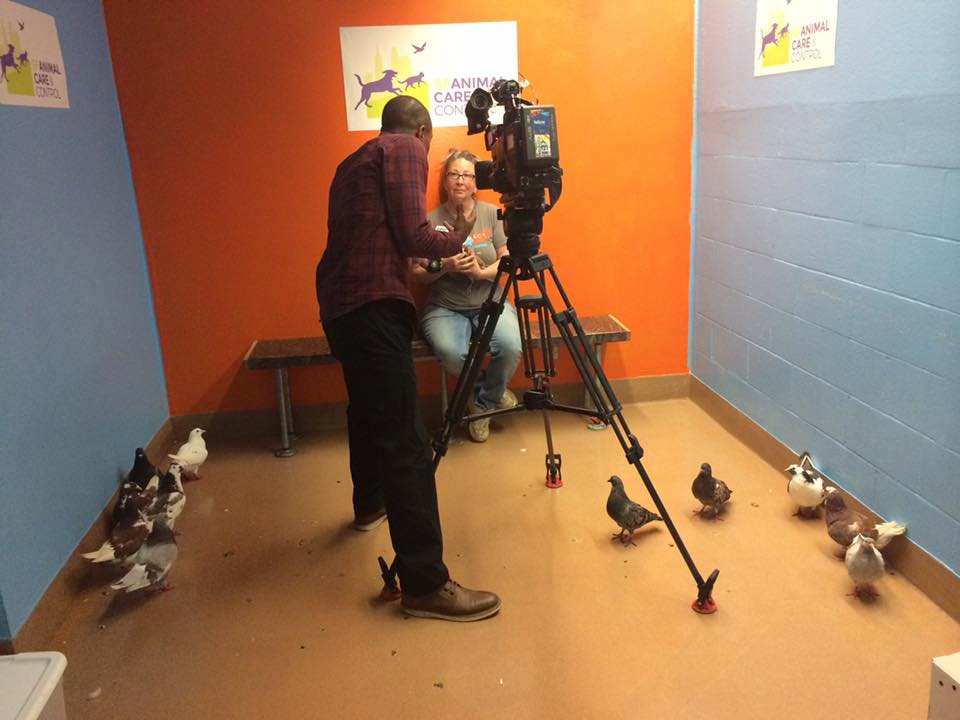 On one day in February, SFACC rescued 27 domesticated birds: King pigeons, Japanese Button Quail, and an assortment of other types of pigeons from Golden Gate Park. Because of the number and variety of birds, it’s likely that someone bought them at a live market and thought they were saving them by releasing them in the park. But in truth, setting them free condemns the birds to a slow death by starvation or a cruel one by predators.

Deb Campbell, Volunteer & Outreach Coordinator for SFACC recommends bringing such birds to SFACC, especially birds that can’t fly: “A word to the wise… Don’t release domesticated animals and expect them to fend for themselves. Good intentions can go awry. Especially with living creatures that are unable to defend themselves from predators (including cars…) and find food/water when they have no experience doing so.”

Releasing non-native species into the wild is also bad for native critters and can result in non-native species infestations, like the red-eared slider turtle, which competes for food and territory with the western pond turtle (a native). Red-eared sliders are popular pets and sold in pet stores, but are often released into public ponds (like Stowe Lake in GGPark) when they get too big to handle or their owners don’t want them anymore.

Back to the birds. Says Deb C. “King pigeons don’t fly well (if at all). They’re primarily bred for food.If someone sees any bird that can’t fly, they should call us or better yet–try and safely contain the bird and bring it to SFACC. We can sometimes trace companion birds, homing pigeons and raptors through bands. …As an open admission animal shelter, Animal Care & Control takes in animals of all species, and works with groups like Palomacy Pigeon & Dove Adoptions to keep them safe. So bring them to us.”

Note: All of the birds rescued from GGP were evaluated by Elizabeth Young of Palomacy (shown during a local news shoot), and transferred to either Sonoma County Reptile Rescue (they take birds too) and Palomacy. 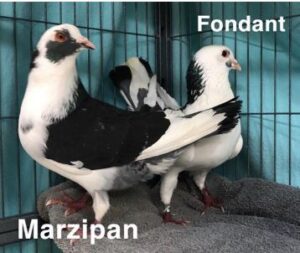 MARZIPAN & FONDANT (A440570/A440569) are a strikingly gorgeous duo. They were among the 27 birds ACC recently took in and they can’t wait to find their forever home. These beauties will do well indoors or in a secure aviary. They each come with their own pair of pigeon pants.