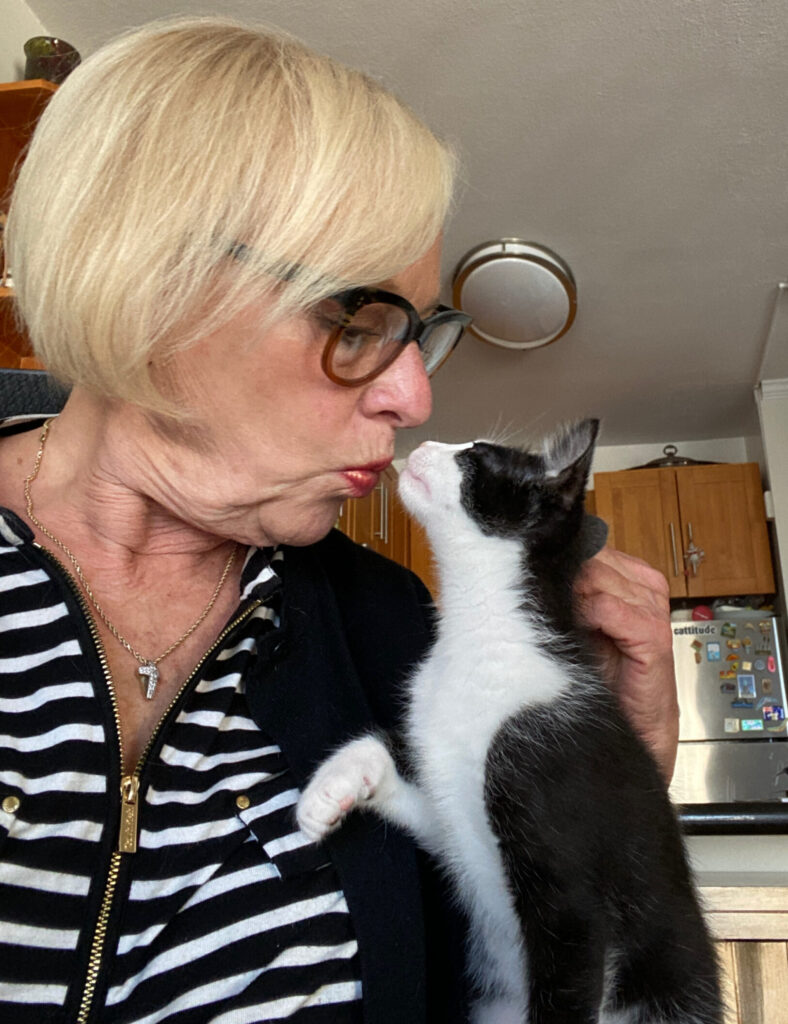 My beloved cat Guido the Italian Kitty was born at SFACC and I adopted him at the SFSPCA. He passed two months shy of his 15th birthday, and within two days, Grappa (my 7-1/2 year old calico) and I moved to a new home here in SF. It was CAT-Oh-Strophic for sure (I’d never wish this stress on anybody). Grappa had always lived with Guido in that home and here she and I were without him, and in a place filled with 69 cardboard moving boxes.

I felt my life had imploded yet I knew my cat-momma job was to get the boxes out of the house for Grappa and for us girls to have a new life. But she missed Guido so much. I started searching for a kitten because as a calico with her own mindset, I realized Grappa needed a youngster so she could train him. In my search I found no kittens for adoption in S.F., on the Peninsula, in Marin County, or even in Yolo County (I’d adopted two kitties previously from the Yolo SPCA). In March, it seemed that kitten season was delayed.

I reached out to my long-time friend Virginia Donohue who happens to be the director of SFACC, and she said “Hey I told you a week ago about Toni’s Kitty Rescue!”  It’s true she had, but in my moving stress I’d not paid attention, so I called Toni who said “We have one tux kitten that’s in foster care now,” and she connected me with Ginny Chin (an experienced foster kitten volunteer for TKR and the shelter).

Phew. Now it’s Friday April 16th. I phoned Ginny who FaceTimed me with her one and only kitten. He was precious and wild, racing around in the video, and she said “Well do you want him?” The answer was YES, and I immediately told her “ENZO Furrari is coming to our home!”  DON’T ask me how I came up with his name–although all my kitties have had Italian names: Baci, Guido, Grazie, and Grappa. 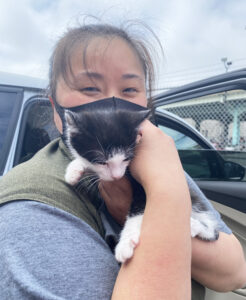 The following Wednesday, Ginny met me in the parking lot of SFACC and I cried tears of joy meeting my new inky, dinky little man cat! It turns out Enzo was found at 7-10 days of age in a metal works site in an industrial neighborhood of SF. A good Samaritan found him and brought him into the shelter. Thank GOD is all I can say. He weighed only 10 ounces, his papers show.

Losing Guido after almost 15 years broke my heart and Grappa’s heart was broken too but now, Grappa and I are back on track thanks to SFACC putting me in touch with Toni’s Kitty Rescue.

Enzo is a bundle of joyous smitten kitten and we are a family again. My advice? Don’t give up on your search—the kittens are out there and are ready to love you! 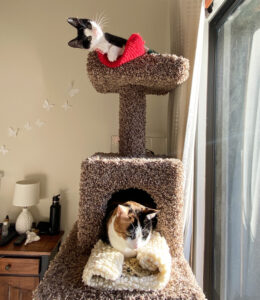 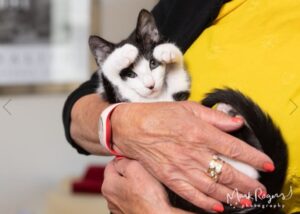