We hope this story finds you and your loved ones safe and happy. Friends of San Francisco Animal Care and Control (Friends) is so grateful that we have been able to continue to support SFACC during the pandemic. In March, SFACC moved into a brand new, state-of-the art facility that has already positively benefited the well-being of the animals in SFACC’s care. Thank you to all of our community who helped fund such an impactful project. Now that the animals and staff are settled into the new facility, Friends is working hard to assist SFACC with immediate needs for the animals in their care─animals like George.

George arrived at the shelter in December of 2020 in rough shape. The person who brought him in was using a belt as a leash and was unwilling to provide SFACC staff with any information about George’s history or condition. George was depressed, emaciated and blind, and unable to walk into the shelter; one of the staff members carried him inside. SFACC veterinary team was initially unsure of what was going on with George medically or how he had come to be in such a sad state. 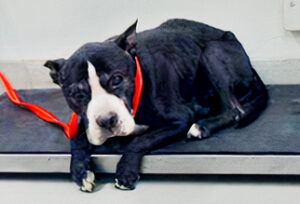 Over the coming days the vet and animal care teams provided George with excellent TLC and he began to perk up! He was put on special feeding schedule to help him gain weight and he even began walking again. George had a terrible flea infection and his arthritis was so advanced that he wasn’t able to scratch himself (which was actually a good thing to save the health and condition of his skin). When a severe flea infestation is untreated, it often causes secondary bacterial infections and wounds. 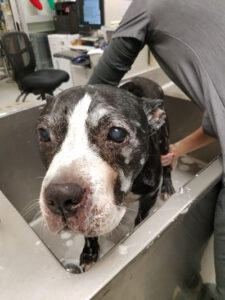 Angie Yen, Registered Veterinary Technician (RVT), and SFACC Animal Health Technician shared the following the day after she met George: “I combed so many live fleas and so much crusted flea dirt off his rump and back that I created a dark brown ‘flea soup’. I often think about how flea preventatives can be unaffordable for pet owners, it’s often a monthly budget cost consideration that’s out of reach. As sad as George’s initial condition was for staff, I am very grateful that someone took the initiative to bring him in. It’s natural for us to judge others but I feel it’s important to push back against our inherent biases. The good news is that while senior dogs like George often have chronic illnesses that accompany age, his was in near perfect shape after a slow recovery from flea anemia.”

Because George required extra care as a senior dog, SFACC’s Rescue Coordinator reached out to a valued partner who specializes in dogs like him. Friends provides grants to SFACC Rescue Partners every year thanks to our donors. These grants honor their commitment to San Francisco’s animals and help to offset the cost of this type of advanced care. This year, Friends distributed a total of $50,000 between 25 rescue partners throughout the Bay Area. 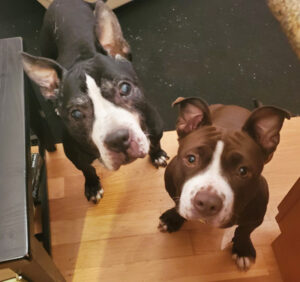 While George awaited transfer, SFACC’s Behavior & Training Supervisor and one of the RVTs volunteered to take him home on foster and provide him with a comfy environment. George thrived and quickly established himself as a gentleman and a scholar. Though he was blind and had mild mobility issues, he was quickly able to navigate the home and get himself outside for relief breaks and sunbathing. George integrated into the foster home, living peacefully with the resident American Bully, tiny Chihuahua, and blind cat. His foster parents became quite attached to him and loved giving him all the treats, scratches and body massages he requested. His fosters were grateful to have his company over the holidays in 2020. “George gave us a bit of hope and resilience at the end of such a challenging year.” 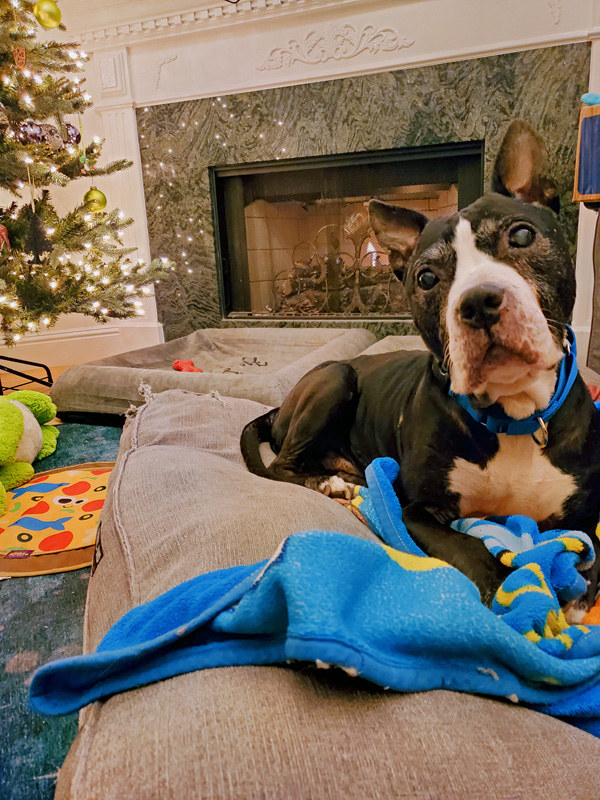 Within a few weeks, George was ready to be transferred to the rescue partner and because he had such excellent notes, they were able to find his perfect placement. George is one of many similar examples of SFACC going above and beyond to help the animals who need us most. Please consider supporting this important work by making a one-time or recurring donation to Friends of SFACC. Let’s all do our part to make sure that our City’s animals are treated with the dignity and compassion that they deserve.

A New Life for George